Buddhi and Todd discuss who cooks in their family.

Buddhi: Can you tell me about general roles in  America? Is it that women do cooking or the men  help out or how is it  done?

Todd: I think it’s changed  a lot over the years. It’s  similar to what you said  in your country.

America’s  probably maybe one of the leading countries in trying to make it more equal, so yeah, so now it’s…the men are supposed to help cook and clean and stuff.

But actually what I find interesting is that over time I think people still settle into their old habits.

I think that young couples start off that the husbands gonna cook and he’s gonna help clean but as they get older naturally it does seem like women revert to more care-taking roles and men kind of get lazy I think. You know.

Although, I have to say, growing up my step-father was pretty amazing.

He was really good at cooking and he cooked a lot and he actually used to get home before my mother. She also worked.

So he would do the most of the cooking, and he was actually the better cook, but my mom’s a good cook too.

Buddhi: So looking at him, did you ever want to learn cooking and did you ever think like, “OK, when I grow up I’ll always help whoever was around.”

Todd: No, it was actually… I’m quite ashamed.

I never did really learn cooking from him or my mother, so they never really showed me, so even to this day I’m a pretty terrible cook.

So what about you? Did your mother show you how to cook?

Buddhi: She did, it’s just that I didn’t learn and my brother ended up learning all the cooking and he’s a very good cook right now, and it makes me be very ashamed of myself, but…

Todd: So wait a minute. Wait a minute. Your mom actually took the time to show you how to cook, and you say you still can’t cook?

Todd: Why? What happened?

Buddhi: I don’t know. I don’t know. Sri Lankan cooking is so difficult and it takes…it’s really time consuming, but I wouldn’t want to say that out too loud cause there are some like many good cooks as well, it’s just that I’m not good at it, but… I mean, I’m not that bad. It’s just that my food doesn’t turn out to be as good as my mom’s. 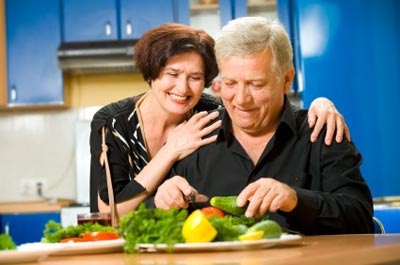