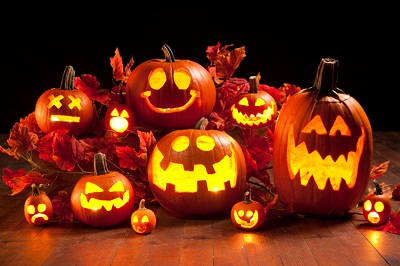 We celebrate Halloween on October 31st in North America and other parts of the world.

Like many holidays, Halloween has changed through time. Two thousand years ago, Celts lived in lands that are now the United Kingdom, Ireland, and parts of Northern France. November 1st was their New Year’s Day.  They believed that on the night of October 31st living people and dead people came together.

This was the day of saints and people who died for their religion. The night before All Hallows was called Hallows Eve.  Later the name was changed to Halloween.

The Europeans then also believed that the spirits of dead people visit the earth on Halloween. That night people wore clothes that looked like ghosts because they thought that evil spirits would hurt them. They believed that ghosts would think that they are dead, so they wouldn’t hurt them.

Today, we don’t see Halloween as a religious holiday.

It is a fun day for children. They wear costumes like people a thousand years ago. They knock on doors and say “trick or treat.” People who live in those houses give candy to the children.