Coffee is a way of life. 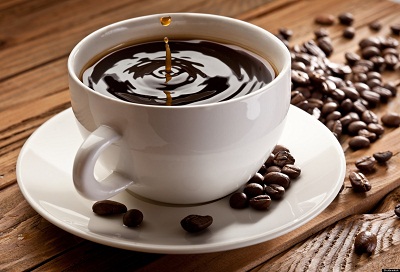 Goats tried a red berry which grew on the hillside. The animals became friskier and their owners noticed it and tried the berries too. Also the monks from that area tried them and they prayed that night with more energy than ever. Soon Africans made bars out of this bean. They also made wine and it was very popular.

In the tenth century coffee moved from the African continent to Arabia and for many centuries the white man couldn’t get it.

In less than three hundred years, coffee became an important part of the Arabian culture. Where Islam travelled, coffee went too and reached places like India, North Africa and the Eastern Mediterranean.

By 1600 AD, it was present in most palaces of the eastern world. But it was a secret how to make it into a brew. The bean was usually boiled so that it could not have been spread to other cultures and countries.

An Indian pilgrim, Baba Budan, brought beans that could be planted to Mecca around 1615. So it spread from Asia to plantations all over the world.

The Dutch were the first to grow a coffee plant in European soil. It made them the first coffee businessmen.

In 1714, Louis XIV received a coffee plant for the royal Botanical Garden in Paris. Several years later, a young naval officer, Gabriel Mathieu de Clieu, wanted a clipping of the plant but was denied. However, he stole what he wanted and took it with him to Martinique and he planted it. From there, coffee spread all over Latin America.